PETER GROYNOM - writer, filmmaker, collaborator
Boardroom: In addition to my copywriting career, I am also a filmmaker. My screenplays have placed in national competitions including the Nicholls, the ABC/Disney Fellowship, and Scriptapalooza. I've done production work on several feature films, including the upcoming independent film Wendigosis (filming January 2017.)

In July 2015, my short screenplay Boardroom won a funding award sponsored by The Screenwriters Workshop of Minnesota and MCTC. The resulting film has screened at the Twin Cities Film Fest and Z-Fest 2016.

For a copy of the film or its script, please contact me. 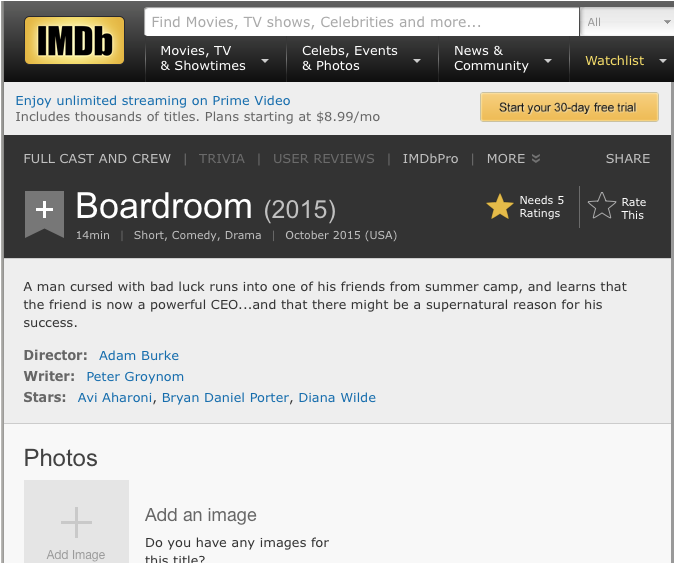